OBAMA GETS TOUGH ON IRAN, SAYS NO PARTY FOR YOU. 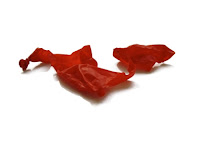 People had been waiting for President Obama to take a tough stance on Iran and he finally did. He revoked an invitation to Iran to attend a 4th of July celebration to which he had originally invited them.

Ahmadinejad, not to be outdone, seems to have gotten the last laugh, accusing Obama of meddling after Obama took heat all week for his tepid responses because he didn't want to be seen as "meddling".

It seems that the tougher events in Iran become, the more inadequate Obama's responses are exposed to have been and the more foolish he looks. He gave weak and tepid responses supposedly to keep the Iranian government from using it as an excuse to crack down on demonstrators and they crack down harder than ever anyway. He says he doesn't want to be seen as meddling and then is accused by Iran of doing just that. And as events continue to unfold in Iran, those trying to defend Obama's position reveal not only how weak his position actually is, but the rationale they use to defend his position exposes the weakness even more.

The latest example is a piece on CNN where the writer, once again, invokes the "walking a tightrope" analogy ( there is no tightrope, only one of Obama's own making) but takes it to another level of bizarre when she talks about the tightrope Obama must walk as being between, "U.S. interests and being on the right side of history".

From the beginning of the Iranian crisis Obama was never guided by principle, something we've seen repeatedly since he took office and was evident in the back and forth over the torture memos, prosecutions and photos. It cant even be said he was guided by pragmatism because there was no rational reason to think given the dishonesty and brutality of the current Iranian regime that there could be any effective and genuine negotiation.

And now, given events, any offer of negotiation by Obama would not only be a sign of weakness, it would in fact be weakness and Amadinejad knows it. In any negotiation it would be Obama who would need to come away with something to show the American people, and not Amadinejad who knows that too.

It always seemed to me that Iran's hinting at being agreeable to talks was a diplomatic trap that Obama hasn't seen, since to engage in talks with the United States and then break them off or refuse any compromise and let the status quo remain would only strengthen the hand of Ahmedenejad and make Obama look weaker.

But getting tough on Iran now and imposing harsh economic sanctions would, if Obama did want to negotiate,at least give Obama something to give -- easing of sanctions -- in return for a nuclear deal.

Ahmadinejad's statement accusing Obama of meddling and warning him to stay out of Iran's affairs is only the latest example of how ineffectual and wasteful Obama's approach has been since Obama's tepid responses to the plight of the demonstrators in Iran was supposedly to keep him from being accused of "meddling". And now he has the worst of all worlds. And that's what happens when you shirk from acting on real principles and behave only like a politician instead of being a real leader.

Email ThisBlogThis!Share to TwitterShare to FacebookShare to Pinterest
Labels: Obama gets tough on Iran, says no party for you

Marc, we've known that Obama talks the talk but does not walk the walk. The reality is that the U.S. can do little about North Korea or Iran. More sanctions or talking will not help. I'm glad Obama's response has been muted.

"The reality is that the U.S. can do little about North Korea or Iran"

If the same thing had been happening in North Korea with hundreds of thousands of demonstrators taking to the streets to protest the present government and Obama gave the same response and said he didnt want to be seen as meddling, he would be finished for the rest of his term diplomatically.

And what has his not meddling strategy yielded? Nothing. Zero except being accused of meddling anyway by Iran and looking weak and like a fool.

There is a lot Obama could do especially if he rallied the rest of the world behind him. The idea that Obama thinks he is going to negotiate with these people is a joke. Ahmadeinjad would eat him alive. In fact he has already started.

The people of Iran had their revolution in 1979 and demonstrated that they are capable of changing their government. Let's not confuse U.S. interests with a disputed election between two Iranians, but remember that Ayatollah Khamenei has the ultimate power in Iran.

Only the citizens of each country can change their lives. Thousands died in Central America attempting to stop the inevitable. Yet, Ortega is president of Nicaragua and Funes is president of El Salvador. People have the government they deserve. After the disputed 2000 FL election and the 2008 Democratic primaries, I know that much.

"People have the government they deserve. After the disputed 2000 FL election and the 2008 Democratic primaries, I know that much."

Im going be posting a peice on that very topic.