Clinton,Democrats Flunk Out of the Electoral College 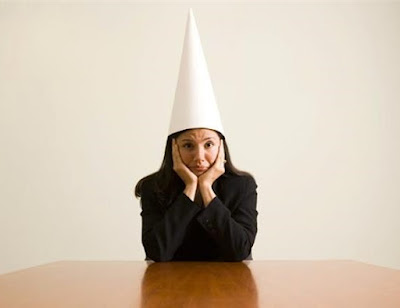 Ever since Trump won the election and Clinton was drubbed in the Electoral College 309-235 there's been a whiny thumb in mouth movement among the losers, circulating petitions and in the case of outgoing senator and fervent Clinton supporter Barbara Boxer, legislation that is going nowhere, to abolish the Electoral College and elect presidents by popular vote because they try to claim that if the popular vote was how presidents were elected Clinton would have won.


That argument is delusional,corrupt and dishonest the three big reasons Democrats actually lost the election and were demolished in congressional and state house elections as well.  What Democrats really need to abolish is not the Electoral College but Democratic Party corruption, failed leaders and their sewer politics of the kind we saw exposed by Wikileaks from the corrupt Donna Brazile and Debby Wasserman-Schultz to the distinctly un-democratic super delegate system, collusion with the news media, rigging Democratic primaries and election fraud. The election results gave Democrats a head start they don't seem to want to take.

Regarding the Electoral College versus the popular vote there are a number of facts and truths that expose the Democrats Big Three: dishonesty, hypocrisy and stupidity.

First,hypocrisy. When Hillary Clinton won the popular vote against Obama at the finish of the 2008 Democratic primaries though Obama had won more pledged delegates and only by a a very small margin of 65 out of 4000 delegates won, no one said a word when Obama was given the nomination. No one howled or tried to make a case for Clinton winning the popular vote against Obama or suggested changes in how Democrats nominate. Not in the Democratic party, not in the media. So the  selective whining by many Democrats now like Barbara  Boxer and Michael Moore over the popular vote when no one cared when Clinton won the popular vote over Obama in 2008 takes hypocrisy to a whole new level.

Second,they ignore that Clinton's popular vote lead is less than 1% out of 130 million votes which without the Electoral College would require a recount much of it  by hand that would go so far beyond the Constitutional requirement of when the election has to be certified it would be impossible to do,would take months and cause Constitutional chaos which would have a domino affect requiring even more wholesale changes to the Constitution like extending the presidential term beyond 4 years and January 20,changing the date of Election Day to months earlier and would change everything about the process of how we elect people for no good reason other than Democrats who rigged the nominating process to get Clinton, one of the most dishonest candidates they ever had, don't like that they lost.

Third if anyone thinks a recount would end up with the same results we have now it's a certainty it wouldn't. A recount could just as easily give Trump the popular vote if it increased his vote totals by less than 1% and if that happened then what? Democrats insisting on another recount? The more  an intelligent person looks at it the more the Electoral College looks like genius . Maybe because the Founders were just that and  complaining Democrats can't get out of their own way and were the Gang That Couldn't Campaign Straight.

Fourth abolishing the Electoral College would do nothing less than disenfranchise every voter Democrats and Michael Moore claim to care about in all the states between the east coast and west coast and  place the election of presidents only in those states with high populations and negate the votes of everyone in every state in between. New Hampshire wouldn't matter,Iowa wouldn't matter,none of the Midwest states would matter or have any say in electing a president. Candidates wouldnt even bother to campaign in those states because there are more raw votes in NY,California and Massachusettes than all the Midwest states combined.And the Founders foresaw that and didnt want a president to be elected purely by the votes in the high population centers of New York,Philadelphia and Boston.

Also,it's a fact that Trump never campaigned in NY,California or Massachussetts or other states that were certain to go Democratic because there was no reason to waste time money or resources campaiging there. Had the popular vote mattered and had Trump put significant resources in those states he would have surely gotten more votes even if Clinton still would have gotten the most. But Trump only would have needed 3/4 of 1% more votes in NY,Mass,NJ,or California combined, where  he never campaigned and he would've won the popular vote and presidency anyway. To think Clinton would've won if it was only by  popular vote is to ignore that both campaign strategies were meant to win the 270 electoral votes needed, something Clinton failed to do and Trump accomplished and by a wide margin.To think that campaign strategies would not have been any different in trying to win the popular vote and that the results would have been exactly the same is delusional.

Five: Clintons hairbreadth less than 1% advantage in the popular vote out of 130 million votes cast also proves the wisdom of the Electoral College. In a high population state like NY Clinton beat Trump 65-35 though again Trump never campaigned there. Clinton beat Trump by similar margins in California.  Since her overall popular vote margin was only about 3/4 of 1%, Clinton winning NY and California by many millions shows how thoroughly she was trounced in other states and lost traditional Democratic states like Pennsylvania, Ohio and Michigan to go with North Carolina and Florida, states Obama won in 2012.

Barbara Boxer and Michael Moore and mindless petition signers would have a system where New York alone could negate all five of those states and most of the rest of the country by using only the popular vote. That flirting with fascism. Clinton's minuscule lead in the popular vote does not reflect how badly she was crushed in the majority of other states and how many more states she lost, losing the Electoral  College 309-235.

Finally ,knowing full well that the Electoral College system elects the president Hillary Clinton's entire campaign strategy  and all her resources were geared to winning the Electoral College and the 270 needed which is why she,like Trump did virtually  no campaigning in NY,Mass., and California where she felt sure of winning.

Instead the candidates spent their time wooing voters in states that wouldn't have mattered if there was no Electoral College but did matter because of the Electoral College.States like Michigan and Ohio both of which Trump won. Clinton had 500 campaign offices throughout the country intended to help her win the electoral votes necessary. Trump had 207 offices. Clinton's campaign was built to win the 270 needed. She failed 309-235.

As an aside, in terms of what Trump has said he can do for the country, getting more done for less money and dramatically improving the economy and employment,  its worth noting that Hillary Clinton raised and spent more than $1.1 billion and lost even with a corrupt news media shilling and lying for her. By contrast Trump spent $100 million and won.

What we're hearing now from what might be called the "uneducated Clinton supporter", about abolishing the Electoral  College because of a less than 1% lead in the popular vote when it was the Electoral College Clinton put all her resources into trying to win and couldnt so now try to claim that a system that disenfranchises more than half the country would be more "democratic" ignoring that Trump would have most assuredly gotten at least 3/4 of 1%  more votes, enough to overcome Clinton's tiny lead, is not just vintage whine but uneducated sour grapes.
Posted by Marc Rubin at 9:56 AM No comments: