Obama mocked over confirmation of Syrian use of chemical weapons. 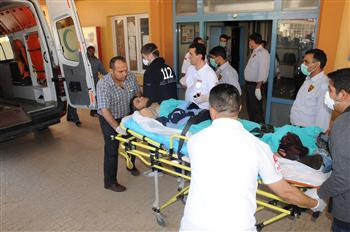 A White House statement  released on Thursday stating that "a red line had been crossed" and that Syria had used chemical weapons which will now prompt some US aid to the Syrian rebels was met with a certain amount of derision by those who had long ago wanted Obama to live up to his promise and whose point was, it's about time.


John McCain who had been pushing for the U.S. to send arms to the Syrian rebels for months said he welcomed the decision by Obama at the same time pointing out that the White House statement that Syria had used chemical weapons as if it were news was something the rest of the world had known weeks ago.


Christianne Amanpour, called on by CNN to comment on the White House statement declaring that Syria had used chemical weapons could barely keep from laughing and had to fight a very strong smirk in talking about the White House statement, saying  about the same thing -- that  just about every government on the planet including France, Great Britain,and  Israel, had confirmed weeks ago that Syria had used chemical weapons so this is nothing new and the question now hanging in the air along with Syria's sarin gas was whether Obama's decision to finally take action and back up his promise was too little too late to help the rebels.


The New York Times is reporting that Obama "had to be dragged into the decision by his advisors and even Bill Clinton".


The Times also pointed out that the president, who at times seems almost comical in his efforts to avoid actually doing anything, left it to Ben Rhodes, his deputy national security advisor to make the announcement while he hosted a gay pride event in the East Room. Obama also sent Rhodes out on Friday to talk about the decision while Obama hosted a Fathers Day luncheon.


The Times also quoted Emile Hokayem an analyst for the International Institute of Strategic Studies who said:


“The White House underestimated the potency of this struggle and its profound implications for the region and its own interests, and then found itself lacking space, strategic clarity and momentum to do anything meaningful.”


Obama only reluctantly decided he had to do something to keep some vestige of credibility given his previous pronouncment about red lines. But from the beginning his red line was really a rose colored one. It was a pledge that, like many other promises he has made, he never intended to keep or thought he would have to and had to have his arm twisted to keep it now.


If Obama holds true to form, whatever he does as a consequence of his "red line" being crossed, of his saying at the time "and I mean what I say" ( if he really meant what he said he wouldn't have to say he means it)  it will be to do as little as possible instead of something decisive and will inevitably make both sides, those supporting weapons being sent and those who don't,  unhappy. And as in other Obama policy decisions, create the worst of all worlds.  And make some wonder if Obama's red lines are really a different primary color.