Why Obama's "outrage" over IRS and conservative groups is pandering: they deserved it. 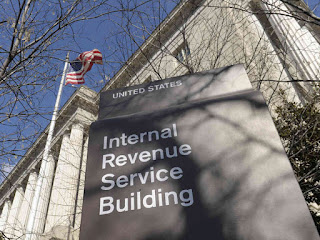 
And, as we have seen many times before Obama will say or do anything to avoid or lessen criticism by any group except those who voted for him.


The reason his statement of outrage is nothing more than pandering is he first he qualified it by saying "if true".   "If true" is no small thing.  Which means Obama doesn't know if it's true or not, or claims not to know if it was politically motivated or not and so far the evidence is that it wasn't. If it wasn't then what is the problem?  Why all the "outrage"?


Given the information available at the moment,  the IRS was looking for potential abuses in political groups applying for tax exempt status, groups  which  claim to advocate for a position but not a candidate. Usually these are thinly disguised campaign ads and commercials for the election of a candidate posing as advocacy for an issue and thus allowed under  separate rules of election law and also allows for tax exempt status under certain circumstances.


The evidence is so far that the IRS started out focusing  mostly on conservative political groups (they eventually expanded it to include other groups as well)   looking for possible abuses of the law, (they did the same with some liberal groups during Bush's presidency without a word of protest from Republicans)  and that it was a implemented without a political agenda. What is not being said is that given the history of sleazy, underhanded, dishonest political tactics by conservative Republicans over the years the IRS has good reason to focus on conservative Republican groups. They deserved the scrutiny.

Republicans and especially conservatives have a recent history of flaunting election law and indulging in sleazy campaign tactics including voter suppression from the head of the Republican party in New Hampshire going to prison for election fraud and tampering during the 2004 presidential election, to the recent dishonest smears by conservative media sites like Tucker Carlson's Daily Caller which published stories before the last election accusing New Jersey senator Bob Menendez of having sex with underage prostitutes, a story that turned out to not only be completely false, but was the result of conservative operatives making cash bribes to the women who made the charges. So   it makes all the sense in the world that the IRS  would pay special attention to conservative groups who have proved in the past they are much more likely to abuse the law and to try to find ways to circumvent them than liberal groups.

The Republican uproar is over the IRS scrutiny of applications for a 501(c) 4 organization which qualify for tax exempt status if they are primarily for promoting the social welfare. Karl Rove's group is a conservative organization that received such a tax exempt status from the IRS as a 501(c)4 . Democrats should call that a scandal itself and question the IRS as to why  Rove received the exemption.  The idea that Rove's organization has anything to do with the public welfare as opposed to electing Republican candidates is a joke and something Democrats should demand the IRS investigate as long as everyone is in an investigating mood. And maybe make the rules a little tighter to exclude groups like Rove's.

As long as singling out of conservative political groups for extra scrutiny wasn't the product of Democratic leaning IRS agents or the result of a political directive targeting these groups for political advantage ( as Republicans try to do all the time) then it's a big nothing and something Democrats should point out Republicans probably brought on themselves.  And the fact that none of these groups were ultimately denied their tax exempt status seems to re-enforce the idea that the motives weren't political but based on history and sound reasoning.  If you get caught cheating on your tax return do you have a right to cry foul if you are subjected to more intense scrutiny of future returns? The Republicans and conservatives in general have been caught cheating more often in more cases than any other political group.


Republicans  are now crying "witch hunt" as they themselves conduct a witch hunt over Benghazi and are trying to compare this to Watergate. A few days ago they compared Benghazi to Watergate. They seem to be trying to compare everything to Watergate except Watergate which was a purely Republican criminal enterprise run out of the White House by a Republican president and his cabinet who had committed felonies,  most of whom went to prison
The IRS can't come right out and say it, but it seems the scrutiny of conservative groups is the result of a  long and tawdry history of Republican conservative campaign and election abuse which is how Watergate started  (and let's not forget Tom Delay, former House Republican majority whip from Texas currently in federal prison for election and campaign fraud and misuse of campaign funds.)

It's also amusing  to watch Republicans get "outraged" over what amounts to charges that they were being profiled.

During the current congressional hearings, the question that Republicans seem to want answered most is, who was responsible for conservative groups being given extra scrutiny in their applications for tax exempt status for political groups? The answer is simple but not one Republicans want to hear. Its conservatives themselves and their history of dishonest underhanded and even criminal activity in the past when it comes to politics, campaigns, raising money, keeping donors secret and policies they don't like. That is who is responsible.

The idea that these Tea Party and conservative groups applying for IRS tax exempt status based on their assertion that they are doing social welfare work and NOT political campaigning for any candidate is a joke. A bad joke. And makes the extra scrutiny given by the IRS more than understandable and not the "outrage" that Obama tries to assert. What's needed are laws that make it clear what the standards are for being granted the tax exempt status these groups want, which, under present law would allow them to keep the identities of donors secret.

There has to be a change in the law that more specifically defines the criteria for a 501(c)4 group doing social welfare advocacy that will eliminate groups like Karl Rove's getting that status and any other group using it to circumvent  traditional campaign laws. Then IRS agents won't be in the position of having to make those determinations.  In other words, blame this too on congress, who are passing the buck over vague and inadequate laws that let groups like  Kar Rove's hide the bucks.

Why even have "non-profit" tax deductible status for any of these 501C3 political or other organizations? They offer little in good will or absolute public interest. They are used as entities for individuals to scheme and abuse tax policy.