The true price of Obama's sell out of the public option is starting to be felt. 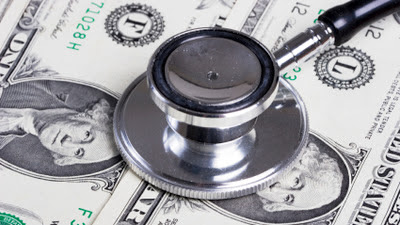 When Obama sold out the public option to the health insurance lobby because he didn't have the backbone, principles or conviction to stand up for it after promising the public option for more than a year, (then lying about it, saying he never campaigned for it) and instead pushed for a mishmash of a health care reform bill known as Obamacare, most Democratic senators who had publicly supported the public option (55 said they would vote for it)  called Obama's  healthcare bill when it was passed, "better than nothing". That's all they had to say after a year of political bloodletting, fighting, and what was supposed to be Obama's and the Democrats signature peice of legislation.
"Better than nothing" is  what Tom Harkin called Obama's health care bill, and it's what Bernie Sanders called it, and what just about every Democrat in congress called it, including those in the House many of whom threatened to vote against it before Nancy Pelosi twisted their arms and beat them over the head to force them to give up their principles the way she did and vote for this mess (at one time Pelosi had called the public option " the centerpiece of healthcare reform")..


One of the few Democratic voices who disagreed that it was better than nothing was Howard Dean. His view was that nothing was actually better than Obama's healthcare bill which he wanted to see junked. And a few months ago, before the Supreme Court ruled on Obamacare, Dean said he hoped the law would be overturned so Democrats could start over again and do something worthwhile.


There was an immediate price to pay for Obama's capitulation and the first to pay  it were congressional Democrats who were wiped out of the House in the 2010 elections, suffering the biggest congressional loss of any party in 80 years, and lost seats in the senate (seats they since regained). To this day, there are those in the press and in congress who think they know politics who still haven't figured out it that it was the selling out the public option, something almost 60% of the public said they wanted and supported even after a year of Republican disinformation  which was the single biggest reason the Democrats suffered catastrophic losses in the House.

But now there is a bigger price to pay, and this time the price is going to be paid, not by politicians, at least not now, but by most people.


Most of the mandatory provisions in Obama's healthcare law are aimed at insurance companies, provisions that prevent health insurers from turning down people because of pre-conditions,  or dropping people if they actually have to use their insurance too much. Worthy changes but changes in insurance that the public option would have easily fixed and at no cost to the public. But by changing the goal from healthcare reform to health insurance reform, insurance companies are  doing what anyone with 2c for a brain would have known they would do when Obamacare was passed -- they are raising rates to cover the cost of complying with the law and implementing the changes.
And in some cases, insurers are raising their rates by as much as 22%.


What Obama's healthcare law did to address this eventuality was to mandate that states require a review of any "excessive" increases in insurance rates. But , stupidly, Obama's law did not include the authority of these reviews to deny the increases.


Some states, like New York  have given their regulators the authority to deny increases but that is a result of the New York legislature taking action, not Obama's law. Most states and Obama's law itself, does not give regulators the authority to deny rate increases and so, as a law that had a stated goal of  keeping insurance premiums down, it is already a failure since health insurers, the very lobby Obama capitulated to in dropping the public option, now have carte blanche to raises rates as they see fit. And they are.


Instead we have an inadequate health care bill and the lie Obama tells that he "got health insurance for 32 million uninsured people". By mandating that people buy insurance, what Obama got was 32 million new customers for the insurance companies who are now raising rates by as much as 22% a year to pay for the additional cost of complying with  Obama's health care law. That's what's called going in circles.


Unlike the true wise man, Solomon, who as the bible story goes, offered to split the baby in order to find out the identity of the true mother, Obama always knows who the true mother is , and splits the baby anyway, giving half to one side and half to the other. As gruesome as the analogy is, its no less gruesome than Obama's policies which have always tried to give half to both sides and in the end gives neither side anything they wanted. If anything,Obama's splitting the baby kills the very thing that usually needs to be accomplished and no one gets what they want.. Then Obama and those around him wonder why both sides get disgusted with him and hold him in contempt though faux "progressive" still haven't wanted to face reality, admit the truth, and do something about it.


They better start soon or Social Security and Medicare is next.

The amazing thing about all this is that I keep hearing my Obama loving friends refer to the ACA as "Universal Healthcare". Boy, are they in for a rude awakening.

"The amazing thing about all this is that I keep hearing my Obama loving friends refer to the ACA as "Universal Healthcare". Boy, are they in for a rude awakening."

If they're not awake by now they may never be awake. Obamacare is going to prove to be a disaster for the middle class whereas the public option would have not only created healthcare for everyone,when you consider how much employees have to contribute to their own health plans, a public option run by the government would have put that money back into the pockets of employees and would have not only been a boon to health, it would have been a boost to the country's economic health also. It was possibly the worst missed opportunity since the congress not abolishing slavery in 1789.