The top 21 conservative contributions to America. 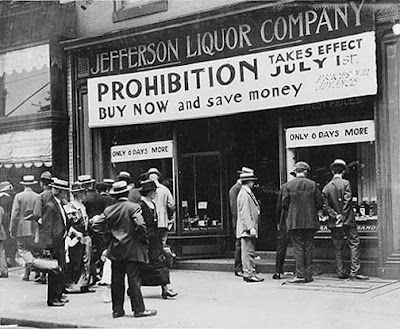 Now that the CPAC, the Conservative Political Action Conference is in full swing it seemed like a good idea to review the contributions made by conservatism to America , the American way of life, and American values as defined by the Founders. So as a public service to those who may speakl at CPAC and want to remind those gathered there of how valuable conservatism has been,  here are the top 20 conservative contributions to America, those that have had the most impact on the country and life, liberty and pursuit of happiness.

1. They opposed independence from Great Britain and the revolution in 1776.


Conservatives in the colonies at the time were known as Tories. They were completely against the Revolution and independence from Great Britain. In fact most of them thought those crazy radical liberals like Jefferson, Washington, Franklin, Adams, Paine and the others in New York,Pennsylvania and Boston were going to ruin everything and many of them defected to the British.

2. They created and insisted on the institution of slavery and the total subjugation of Africans kidnapped and brought to America against their will be made part of the Constitution.

3. They started and fought a Civil War in which over 600,000 were killed,  hoping to destroy the country so they could keep the institution of slavery.


4. For more than 100 years after the Civil War including following the Civil Rights Act of 1964, conservatives, especially southern conservatives, did everything in their power to deprive African Americans of their rights, including lynchings, beatings, burning crosses on the lawns of African-Americans, and having the police beat them with clubs.


6. Conservatives were responsible for Prohibition, the constitutional amendment that outlawed alcohol and is credited with turning organized crime into an enterprise bigger than U.S. Steel and made Al Capone a star.


8. Conservatives believed global warming is a myth and since 1968 have opposed all legislation protecting the environment including the emission of greenhouse gases and mocked as "tree huggers" those trying to clean it up.


9. A conservative president and administration were responsible for what became known as Watergate, the worst abuse of power,   undermining and disregarding of the constitution and American liberty and constitutional rights in American history. Every member of the Nixon administration went to prison including the Director of the FBI, two attorneys general, two White House chiefs of staff, two White House counsels and most of their subordinates.


10. In 1981 President Ronald Reagan, conservatism's biggest hero, is the one who gave Sadaam Hussein his chemical and biological weapons including anthrax starter kits.


11. In 1981 the Reagan Administration voted for a UN resolution condemning Israel for sending fighter jets into Iraq and destroying Saddam Hussein's nuclear reactor.


12. In 1982 Reagan, called by conservatives The Great Communicator, communicated nothing when Saddam used his chemical weapons against his own people and killed 60,000 civilians.


13. In 1998 the conservative Republican majority in congress impeached President Bill Clinton, only the second time in American history a president had been impeached, and used Clinton's dalliance with Monica Lewinsky and lying about it as the reason. At the same time the House voted to impeach Clinton, conservative Speaker of the House Newt Gingrich was found to be cheating on his own wife with his own administrative assistant. He was replaced by conservative Robert Livingston who resigned  two day later when it was revealed he also had been cheating on his wife. It was also revealed during the impeachment proceedings that conservative Republican Henry Hyde, chairman of the House Judiciary Committee that voted to impeach Clinton, had not only been cheating on his wife he also had cheated on the woman he was cheating with,  telling her he wasn't married.


14. In 2001, a newly elected conservative president, George W. Bush decided the Clinton administration had been wrong in treating terrorism and Al-Qaeda as the biggest threats to U.S. national security, demoted Richard Clarke, head of White House anti-terrorism, dismissed terrorism as a threat, ignored frantic warnings by George Tenant at CIA that intelligence showed the country was about to be hit with a terrorist attack, was told on August 6, 2001 that Al-Qaeda was going to hijack U.S. airliners as part of the attack and did absolutely nothing. In addition, the assistant director of the FBI testified that then attorney general in John Ashcroft, had told him early on in the administration that he didn't want to hear any more about terrorism.


15. The same conservative president and a conservative dominated congress lied the country into a war in Iraq by falsely claiming that Sadaam had a nuclear weapons capability even though they knew he didn't. They also cut taxes at the same time they took the country to war,  blowing a $1 trillion hole in the balanced budget and zero deficit they inherited.


16. The Bush Administration and a conservative congress  passed economic policies in 2002 that led the country into the worst economic crisis since the Great Depression.


17. In 2009 conservtives fought tooth and nail against health care reform. At a Republican presidential debate in 2012, the conservative audience cheered the idea of letting someone without health insurance die.


18. While complaing that healthcare reform was government interference in to the private lives of Americans,  conservative dominated states passed laws forcing women to have vaginal ultrasounds and witnessing them before they could have an abortion.


19. In Texas, in 2010, patriotic conservatives on the Texas school board voted to dump Thomas Jefferson from Texas school curriculum on political philosophy because of Jefferson's vocal and well documented contempt for the Christian church which made it impossible for them to teach that the country was founded on Christian values.Conservatives decided Jefferson had to go.


20. In 2012, while trying to pass laws to prevent or restrict abortion, conservatives also tried to  pass laws opposing contraception which, in case they didn't seem to know can make abortion unnecessary.


21. In 2013, conservative members of congress who identify themselves as Right to Life have opposed a ban on privately owned assault weapons.

With CPAC now in its second day, conservative speakers should feel free to use any or all of these conservative contributions as talking points to illustrate what can be accomplished in the future.


In David Brinkley's recent biography of Walter Cronkite, Brinkley writes about how Cronkite when covering the 1964 presidential elections privately viewed the conservatism of Republican presidential candidate Barry Goldwater and his supporters as being closer to fascism then democracy. It's not hard to understand why.