Obama's stupid pet trick on tax cuts for the wealthy 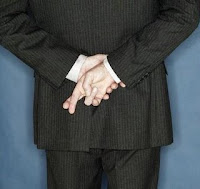 When dealing with anything Obama says you always have to be aware of semantics. One of Obama's most successful semantic games and stupid pet tricks is to say he is going to do something he knows will be unpopular with the left, then when the predictable outrage hits, say that all the silly peons out there simply didn't understand what he was saying, retreat from the decision, wait until the furor dies down then pull the bait and switch anyway. Then count on the press and what's left of the Kool Aid drinkers suffering from Battered Obama Syndrome to take him back and pretend it was all the Republican's fault, they made him do it.

He did it on healthcare, he did it with financial reform, he did it with the stimulus and he's done it with foreign policy including Afghanistan. Its called talking out of both sides of your mouth and no one has ever done it as an integral part of policy like Obama because he has no policy. He only has reactions to whatever his latest political fortunes seem to be.

Axelrod was paving the way for Obama to sell out on his pledge not to extend tax cuts for the wealthy ( a Zen question -- is it really selling out if you never meant it in the first place?) by blaming the election results (which were caused by Obama's selling out on everything else in the first place).

Axelrod said something like "we have to deal with the world as we find it" because of the election results and that extending tax cuts for the wealthy is something they might have to do. This was Obama sending out Siebulus to the Sunday morning talk shows to pave the way for selling out the public option by saying it was just a "sliver" of healthcare reform and wasn't really important. And the reaction was the same. Outrage from Democrats who felt betrayed, then Obama's backing off to make the outrage go away, then dropping the public option anyway claiming he didn't sell anyone out, he was never for the public option in the first place, lying about having never campaigned for it.

Obama's same stupid pet trick is now going on with tax cuts for the wealthy. The fact that these tax cuts would add $700 billion to the deficit at a time when supposedly the Tea Party was up in arms over the deficit which one could also say had some influence on the election results seems to be beyond Obama's non-existent powers of persuasion or observation. Or Axelrod's for that matter.

Its a stupid pet trick and semantic game Obama has played his whole political life and has worked for him in the past with African Americans, knee jerk cocktail party liberals and the press. And once again he hopes that those cocktail party liberals, especially those in the news media will wag their tails once again. While Obama bites the hands that fed him. And calls it a lick.
Posted by Marc Rubin at 7:31 AM

Email ThisBlogThis!Share to TwitterShare to FacebookShare to Pinterest
Labels: Obama's stupid trick on tax cuts for the wealthy

BO would be so vindictive of those who did not heed his call to go out and vote that he would be ready to dismiss this group and shove it under the bus with us.

He would be promising to high heavens again in order to get approval of his plans then after those groups has diminished their disapproval of whatever plans he has, he will do an about face and lie because he knew those who drank his kool aid would come in defense of him. This includes the MSM, of course.