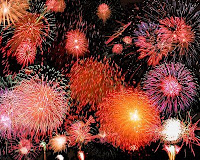 Political organizers of the April 15th Tax Day Tea Party have scheduled new tea parties for July 4th. And a look at their site reveals their complaints: too many taxes, higher deficits and they don't like Obama's economic plan. Well, I havent been crazy about it either.
But the problem with the Tax Day Tea Party movement is that the chief organizers, the same people who are now complaining about deficits, are the same people who kept their mouths shut for 8 years while George W Bush ran the country into the ground with his nonsensical, inept incompetent policies, enabled by a compliant, irresponsible Republican congress.Which reveals the Tax Day Tea Party movement in terms of the organizers as nothing more than a partisan political event.
'
There were no complaints about the deficit from conservatives or Republicans when Bush became the first President in history to lower taxes and take the country to war at the same time, which is what exploded the deficit in the first place. They said nothing when the Iraq war was burning through $1 billion a day as the worst foreign policy decision in American history as well as the most mismanaged ill conceived post war fiasco. They also had nothing to say when Paul O'Neill, Bush's Secretary of the Treasury quit over Bush's economic polices, policies which led to the worst economic disaster since the Depression.

The point is the tax day tea party of both April 15th and now July 4th is not the grass roots effort it pretends to be, but a woefully transparent partisan exercise by conservatives who ran from the truth for 8 years like a vampire runs from a crucifix and are now cloaking their partisan agenda as some kind of grassroots non-partisan effort. That was obvious when the April 15th tax day tea party in New York City featured Newt Gingrich as the keynote speaker, a man who couldn't get himself elected dog catcher in New York City.

All one has to do is look at the Official Tax Day Tea Party web site to see what a partisan exercise it is. Which is not to say that the organizers haven't duped a lot of sincere people who have something less than confidence in Obama and how he is handling the Presidency. Count me as one of those. But the tax day tea party reveals itself to be essentially a partisan sham.

This is an excerpt from the home page of the tax day tea party site.

"Obama and liberals in Congress are taking us down the road to socialism, seizing control of key banks, insurance companies, the automobile industry, etc. They are currently working on a government funded national health care program which is expected to cost roughly $2 trillion while rationing services."

Obviously the far right has not learned their lesson -- that they are not going to lie their way into political power. Just about every word in the above paragraph is an out and out lie and perhaps they think they can appeal to some people who don't know the difference but not enough to win an election.

I was totally opposed to the GM bailout and said so back in November and was opposed to the AIG bailout as well but using words like "seizing control of key banks insurance companies, the automobile industry etc" sounds like the kind of dumb pamphlet printed on cheap paper with the ink smudging, that used get handed out on the streets of New York in the 1960's by a guy handing out flyers for massage parlors at the same time.

Note their clumsy use of the words "key banks" as if there was some kind of nefarious plot going on to only "seize",. certain banks. It borders on the infantile. Unless by the use of the word "key" then mean "failing" then yes, large failing banks that were about to go under were bailed out and since if they had gone under and it could have caused a run on all banks, I suppose you could call them "key". But that was all done on the advice of Bush's economic team in November of 2008, notably Bernake.

This site is also so out of touch with reality that they don't know that the national health care program now being proposed, whether you are for it or against it , has been budgeted out by the non-partisan and highly respected Congressional Budget Office at $600 billion, less than half the nonsensical $2 trillion this site is claiming.

Here are the facts: The country is in trouble economically, in a deep recession brought on by the economic polices of George Bush and the Republicans. The unemployment since Obama took office has gotten worse.The banks have been stablized. $39 billion in bailout money for GM went down the drain and never should have been granted in the first place. I see little or no benefits yet from the so called stimulus. The stimulus money that was supposed to create jobs or save jobs so far hasn't worked. And Paul Krugman the liberal economist who writes a column for the New York Times wrote some time ago that Obama's plan was not going to work, was spending too much and would return too little. So much for the clumsy attempt at the Tax Day Tea Party organizers to try and pin the problems on liberals which is nothing more than pathetically transparent partisanship trying to gain political advantage.

There are real problems and they are not going to get solved by conservative political consultants masquerading as organizers of a grass roots effort by non-partisan independents even if they do succeed in recruiting some well meaning sincere people who think it is non-partisan.

The last group of people who have anything to complain about are the conservatives who played "see no evil, speak no evil hear no evil" while George Bush and a reckless, incompetent irresponsible Republican congress let him get away with it for 8 years violating every conservative principle they stood for.

We do have responsible Republicans whose voices need to be paid attention to and who unfortunatley are being largely ignored because when Republicans were in power and could have spoken out, didn't. Among those Republican voices whose economic positions have reflected my own are Shelby of Alabama, Corker of Tennessee Graham of South Carolina, Grassley and to some extent, McCain.

But for the most part trying to make political hay or tea out of Obama's economic mistakes is not going to work. People have longer memories than that. No matter how you look at it, Republican control of the government and their inept policies and then silence when it counted most are responsible for the present economic mess and whether what Obama does succeeds or fails, its hard to blame those trying to clean up the mess more than the people who made it.

The July 4th Tax Day tea parties are a lot like 4th of July fireworks. They look good, make a lot of noise, attract a crowd, and then the next day are forgotten.
Posted by Marc Rubin at 4:35 AM

It’s time to get rid of every socialistic institution in this country and hand it back to the private sector.

The private sector and market principles can do a better cheaper job than any government entity.

Show your support. Pull your children out of public schools. Avoid public libraries. Refuse to play in a public park. Don’t ride on public roads. Don’t call a public police if your house is robbed. Or a public firefighter if your house is on fire.

Stand up for your beliefs!!!