HOW THE WHITE HOUSE IS BOTCHING THE DEFENSE OF SOTOMAYOR 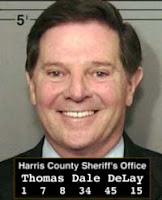 In an interview with Brian Williams on NBC President Obama, tried to defuse Republican attacks on remarks Sotomayor made in 2001 by saying:

"I'm sure she would have restated it, but if you look at the entire sweep of the essay she wrote, what's clear is that she was simply saying that her life experiences will give her information about the struggles and hardships that people are going through that will make her a good judge."

The charges of "racist" have come from Rush Limbaugh, Newt Gingrich, Tom Tancredo, and an additonal attack on her qualifications by of all people Tom Delay, the indicted former Republican Majority Whip in the House, all except for Limbaugh former Republican congressmen with no say or vote in the confirmaton.
Is this a "good cop bad cop" strategy by Republicans having former members of the House do their dirty work attacking Sotomayor as a racist while current members condemn it? Is this lost on Obama?
The fact that he would dignify and give credence to charges of being a"racist" by former Republican members of the House who have no credibility themselves, and the fact that Obama would take them seriously and give credibilty to their ridiculous assertion that Sotomayor is a racist, shows everything that is and always has been wrong about Obama.

If you read Sotomayor's 2001 remarks in context there is no need for a defense of Sotomayor's remark since only the most tortured interpretation, ( something the Republicans know a lot about) could construe her remarks as racist.

Obama could have and should have been on the attack against the Republicans for their ridiculous assertion but instead gave credence to their attacks by implying the fault was with Sotomayor and the way she phrased her remark. What Obama didn't say because he is in the end, someone who, as he has shown with his constant reversals on torture memos and investigations, is not guided by any moral principle or conviction and not someone who is willing to stand up for somethng, but someone who lives by only the most superficial kind of politics.

What Obama could have pointed out but didn't, is that Sotomayor made her remarks in 2001 when she was already a federal judge. And she has been on the bench for 17 years. So obviously when she first made her remarks Newt Gingrich, Tom Delay, Tom Tancredo or Rush Limbaugh didn't have a problem with them. They didn't call her a racist then and no one seemed to think it was a problem the last 8 years. But now supposedly it is.

But aside from exposing their hypocrisy, Obama could have and should have ripped Gingrich, Limbaugh, Delay and Tancredo to shreds for making the racist accusations. Her remarks in context were clear, understandable and made a point. But Obama hates confrontation and conflict and he also hates a fight, something many unthinking people have wrongly interpreted as having an ability to unite opposing forces. That is nonsense. During the Democratic primary Obama was one of the most divisive candidates in recent memory.Obama just prefers to duck controversy and confrontation any way he can if he feels it endangers him politically.

Sotomayor climbed her ladder from law school in a white male dominated environment.She said in her 2001 remarks that "women and people of color ... report in significantly higher percentages than white men that their gender and race has shaped their careers," No one can deny the truth of that. Race and gender has never been an issue for white males. It has been a big issue for people of color and women. She also pointed out in the same remarks that, "until 1972, no Supreme Court case ever upheld the claim of a woman in a gender discrimination case.".

Which led to her remarks that maybe a wise Latina woman would make better choices in some cases than the white male judges who dominated the judicial system.

And that is what Limbaugh, Tancredo and Gingrich have tried to paint as racist.And that is what Obama and his spokesman Robert Gibbs, who said in a press briefing about her remarks, that "her word choice in 2001 was poor" have tried to back peddal from. Her word choice wasnt' poor. What is poor is Obama's tepid weak kneed defense of Sotomayor, being put on the defensive by the ridiculous comments of a disgraced former Speaker of the House, a clown of a talk show host and an indicted former Republican Majority Whip.
Posted by Marc Rubin at 9:42 AM

Kinda gives you the feeling that his heart isn't in it, don't you think?

I hope hope that a "wise White man with the richness of his experiences would more often than not reach a better conclusion than a Black male who hasn't lived that life."