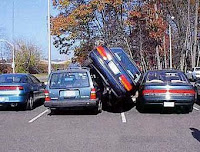 Five months and $27 billion of taxpayer money down the drain later, President Obama finally announced that he is giving GM and Chrysler 60 and 30 days respectively to do what they should have been doing for the last 5 months. Whether its too little too late remains to be seen. The last 5 months could have been used to much greater advantage and without essentially throwing away $27 billion Congress allocated to the automakers back in November.

So it seemed like a good time to reprint what I wrote on my blog back in November on the issue of the auto bailout:

"Throwing $27 billion at the automakers is nothing more than trickle down economics, the failed Republican economic ideology that has never worked, now being pushed in the hopes that by giving money to the same management teams that screwed up in the first place, it will all trickle down and save jobs and the companies themselves.

"So the Democrats, with Obama and Pelosi leading the way now want to throw $27 billion at the 3 most irresponsible corporations in America, which everyone knows is only a down payment anyway since they will be back for more.

"How about insisting that if they give them the bailout money, that current management step down? How about a provision insisting that any executives at the Big 3 making $500,000 a year or more, work for a salary of $1 a year until the money is paid back?"

"The CEO's of these three companies which lost $70 billion over the last 3 years, make on average $28 million a year. Just to put that in terms people can understand, that is $600,000 a week."

Why it has taken so long for reality to set in for the Obama Administration no one really knows. Common sense has never been one of Washington's greatest assets and Obama has never at any point in his life shown even the slightest talent for problem solving which is what is now needed most.

Obama's announcement that the government will now guarantee new car warranties could have and should be on the table months ago, but better late than never.

This is what I wrote about the warranties in the same article back on November 19, 2008:

"There is only one reason people said they wouldn't consider buying a car from a company that went into bankruptcy and that's the warranty. But the government, for a fraction of what the automakers want in bailout money, can guarantee the warranties on all of GM's cars just like the FDIC guarantees bank deposits. And that money would only be needed if GM actually went out of business which is not likely.But It would take care of people's fears and it would cost the taxpayers a lot less than $27 billion if management couldn't turn it around"

It is now five months and $27 billion of taxpayer money later. Obama is announcing government backed warranties and the CEO of GM has resigned and they are getting another 30-60 days to get their acts together or it will be bankruptcy protection. And bankruptcy which I advocated for GM five months ago does not mean going out of business. Just ask Delta and Continental Airlines. It means restructuring and it was then and still is the solution that makes the most sense.

What Obama announced today, at the very least, should have happened a lot sooner. It would have saved the taxpayers $27 billion. One can only hope that the rest of Obama's overall economic plan is a lot more effective than how the auto industry has been handled or the country is going to have to revoke his learner's permit.
Posted by Marc Rubin at 9:59 AM

As a 2008 presidential candidate remarked, the Oval office is not the place for on-the-job training. How right she was.

Hmm, at this point, I don't know what to think- I suspect he is playing yet another game- I am going to wait the 30 days and see- I have been saying all along to let them restructure under bankruptcy.

It's not like anyone has any extra discretionary income these days to go out and purchase a car anyway.

Has he learned enough to transfer this learning to the banking industry? If not then we are still screwed.

Marc, I wish you were in Congress. All the wrong people are running our country!

"Marc, I wish you were in Congress. All the wrong people are running our country!"

Believe me Ive thought about it but it's not very attractive for someone who could never be a team player. Unfortunately the wrong people have been running the country since 2000 but a Democratic Congress might be more receptive to constituent reaction than the Rebublicans.

Great Information. That sounds pretty cool. Really helpful thanks for the Article, Great job, Keep posting interesting matters here. Looking forward to it. Thanks and keep it up! All the Best.