Why the BP-Lockerbie charge smacks of political grandstanding 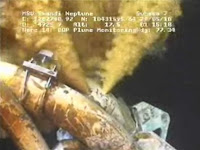 The other day three Democratic senators, Schumer and Gillebrand of NY and Menedez in New Jersey called a press conference to say they intend on investigating BP for the charge that they influenced the release of Abdel Basset Megrahi one of the masterminds behind the Pan Am 103 bombing. Since then congressman Marky of Massachusetts has joined the fun. The problem is, the press conference reeked of political grandstanding.

The issue they are investigating is whether BP was instrumental in the release of Megrahi, by pressuring the Scottish government to release him to facilitate an oil deal with Libya. BP denies it. But a press conference might have been more approriate if they investigated and actually found a link instead of rushing in front of the cameras to find something else they can use to kick BP in the shins.

While the release of Megrahi is an outrage, BP denies it had anything to do with Megrahi's release and common sense would say this is true.

But instead of blasting the Brits and Scottish governments for releasing him, and expressing outrage, demanding a pound of flesh, and making a deserved international incident over the decision to release him when it happened, ( since when does a mass murder deserve compassion?) or blasting President Obama for saying nothing and not lodging a strong protest against the Scottish government at the time, Schumer, Gillebrand and Menedez wants to go after BP. Why? Because it's easy.

Instead of placing the outrage where it belongs, it's open season on BP, the company everyone loves to hate, they are an easy target, so why not pile on and lay this one on them too even though BP had no power to have secured Megrahi's release.

We still haven't heard a word about how Obama's MMS gave BP the permits to drill at Deep Water Horizon even though the Obama Administration's MMS had a study in their possession in June 2009 that showed that BP's BOP( blow out preventer) had 62 safety violations including 4 that were considered critical. In spite of this the MMS gave BP the permits.

Obama promised that he was going to change the way business was done in Washington. What he did was simply continue the Bush policies at the MMS without question or review.

But lets now go after BP for being on the side of terrorists. If we want to revisit Pan Am 103 let's remember that Ronald Reagan offered little in the way of retaliation when it was proved that Libya was behind the Pan Am 103 bombing and the murder of almost 270 people. And as one of the relatives of an American killed on 103 said the other day, president Obama should have been on the phone with the British and Scottish governments when he knew Megrhai was to be released and tried to stop it, warning there would be serious consequences if he was released. And there should have been. But Obama did nothing and said nothing. When it came to Megrhai's release it was Obama who sprung the leak, not BP.

As for BP itself, as accountable as they are for the BOP that failed and caused the environmental disaster in the Gulf, the Scottish government has said that BP played no role in Megrahi's release and there is not a shred of evidence to show they did. The real issue shouldnt be about BP, but why didnt Obama do something when he had the chance?

But there is nothing to lose by piling on BP so let's do it.

Senators are scheduled to meet with the British prime minister to question him about the release. He is already on record as saying he thought it was abominable ( he wasnt prime minister at the time). But it shouldnt have taken a BP connection for the U.S. to express outrage over the release of Megrahi.

In the end if there is no connection to BP, these senators risk damaging their own credibility and if anything re-open the debate about why Obama didnt try harder to prevent Megrhai's release. And it could make a lot them all look as bad as the waters in the Gulf.

Camereon who to his credit was vocal and critical a year ago about the release (unlike Obama who had nothing to say) made it clear that as far as the British investigation was concerned there was absolutely no connection between BP and the release of Megrahi. But, as suggested above, there is now some scrutiny growing ( mentioned by Chris Matthews for one) as to why Obama was virtually silent a year ago when he was told about Megrahi's impending release.

Instead of voicing some outrage then, instead of taking a strong position against Megrhai's release and perhaps warning the Scottish government that there would be serious consequences ( trade embargos or stiff tarrifs on Scottish imports were two weapons that could have been used) Obama offered a private, weak tepid diplomatic "objection" and then said and did nothing publicly.
Posted by Marc Rubin at 9:31 AM

This is really quite silly. Reagan was long gone from office when the idea that there were problems over the destruction of Pan Am 103.

That destruction took place after the US General Election of 1988, and was designed to give Iran its much desired revenge for the IR-655 downing.

"This is really quite silly. Reagan was long gone from office when the idea that there were problems over the destruction of Pan Am 103.

That destruction took place after the US General Election of 1988, and was designed to give Iran its much desired revenge for the IR-655 downing"

This is really quite silly. Reagan was still president in 1988 so he was hardly long gone. Most people going to work at the White House in 1988 found him in the Oval Office. He didnt leave office till January 1989 when George HW Bush took office.But thanks for your analysis.

Marc is being ridiculous. The destruction of Pan Am 103 was a American government (HW Bush) plot from the start. He hasn't read my theory carefully. In December 1988 Reagan was a lame duck president, and in all practicality had been gaga for years. Real power was in the hands of the Bush claque.

Faced with the prospect that the political fall out with the Iranians would destroy his presidential election, the VP treated with them and came up with the idea that Iran would be allowed to destroy an American civil airliner, but only after the election was secured. At first the Iranians demurred (it took four rounds of talks) but then accepted the US imposed deal, under the guise of discussions about Lebanese hostages.

By now the US had to deliver. If Bush had decided to cancel the destruction of Pan Am 103, say by cancelling all US flights for a period after the Manly break-in discovery, the Iranians would have got their measure of revenge later. Remember popular opinion in the country was calling for between 5 and a dozen US aircraft in reply. A single old Boeing, largely filled with students, many foreign, with no political clout was a small price to pay.

Cynical you may say I am, but people like Dominic Brandone (pseudonym) who negotiated with the Iranians at Glion Switzerland, could be regarded as a life saver rather than a murderer.

I cannot find anything quite as wicked in the history of any other country, so the victims so cynically exploited and the rationale so little understood.

Remember the relatives of the victims were not allowed to build their memorial in Arlington cemetery until the reign of Bill Clinton, so sensitive was the matter of Pan Am 103 to the Bush regime,

By that time the truth had been totally swallowed up by the secondary CIA plot to blame Libya and a certain Libyan, Mr Megrahi.

So far none of the real perpetrators many of whom were flung out of the CIA during the Bush II clear-out of his father's old guard cronies has not begun to spill the beans.

But as they say, the truth will out.

"The destruction of Pan Am 103 was a American government (HW Bush) plot from the start..."

Look at the logic or my argument, Marc, first. Unlike its British counterpart MI6, the CIA does not have a rule against wet jobs. It took me a long time to come to my conclusion, and I have tested it often to see if it is unreasonable.

Would it have been better if the Iranians had blown up between 5 and 12 US commercial aircraft? They certainly possessed the ability to!

In that sense, the Americans were making the best of a bad job. Why the ridiculous Captain William Rogers III was allowed to zoom up and down the (Persian) Gulf attacking all and sundry, and why he was not reined in long before the Vincennes downed IR-655 is beyond explanation, but perhaps the US navy is not subject to proper discipline.